— all three are of the band Emperor

Symmetry
This article is a stub. You can help the The Metalocalypse Wiki by expanding it.

"Dethfashion" is the fifth episode of the second season of Metalocalypse, twenty-fifth overall.

The band works with a famous fashion designer to make a line of clothing. The designer's narrow standards of beauty pressures the band into going on a diet, which they botch. They end up firing the designed after they find out he flays women alive to use their skin as leather.

The boys with their brutal new fashion. 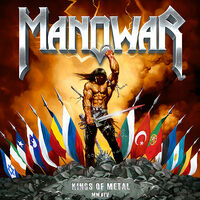 The Manowar poster that inspired Dethklok's album art
Add a photo to this gallery
Retrieved from "https://dethklok.fandom.com/wiki/Dethfashion?oldid=14115"
Community content is available under CC-BY-SA unless otherwise noted.