The Doomstar Requiem – A Klok Opera is the fourth full-length album by death metal band Dethklok, from the Adult Swim animated series Metalocalypse. It was released on October 27, 2013. It is the soundtrack album to the Metalocalypse special of the same name.

The album features a 50 piece orchestra under the composition of Bear McCreary. There is also a "making of" feature included with the album. For the first time, Dethklok's live guitarist Mike Keneally was featured on a studio album.

The first single off the album, "Blazing Star", was released on Loudwire on October 17, 2013. "Blazing Star" is the only official Dethklok song on the album, whereas the rest of the tracks are considered Metalocalypse songs.

The album was initially released as a digital download, with a physical CD and limited edition LP version released in mid March 2014. The digital download version of the album was released two days earlier than the standard release date and the CD version was released three months earlier than the standard release date exclusively on Brendon Small's website. The digital version of the album comes with a downloadable 34-page libretto of the special. 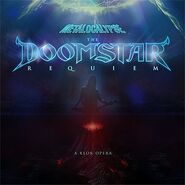 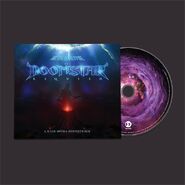 The Doomstar Requiem with CD

The Doomstar Requiem LP Picture Disc (Side A and Side C)

Wikipedia has an article about:
The Doomstar Requiem
Retrieved from "https://dethklok.fandom.com/wiki/The_Doomstar_Requiem?oldid=14645"
Community content is available under CC-BY-SA unless otherwise noted.